A historic residence with garden and swimming pool, immersed in the GrecoRoman area of Decumani, a UNESCO World Heritage Site.

National Archaeological Museum, San Severo Chapel, Underground Naples,
Catacombe di San Gennaro, Duomo, Santa Chiara Complex, just to mention
some, are just a few steps away from our residence, as well as the “Dante” and “Museo” stations of the city subway Linea 1.

Plart has one of the most organic collections of historical plastics in the world, the result of the donation of the founders Maria Pia Incutti and Salvatore Paliotto. It is comprised of over 2,000 objects, which are the result of patient and careful scouting work conducted by Maria Pia Incutti, especially between the 1970s and 1990s, in modern antiques shops, flea markets, and auctions around the world.

Alongside works by important Italian and international contemporary artists and designers of the caliber of Tony Cragg, Haim Steinbach, Peter Ghyczy, Riccardo Dalisi, Andrea Branzi, Enrico Baj, Ugo La Pietra, and Gufram, the heart of the collection is represented by a curious and refined selection of anonymous design objects, which tell the story of this varied material from its origins to the present. Bags, jewelry, furnishings, common utensils, home appliances, toys, and radios, made from the late nineteenth century to the present, in bois durci, celluloid, acrylic, and phenolic resin – up to polyethylene, polystyrene, PVC, and ABS.

Restaurant Zi Teresa
The restaurant is located at the Borgo Marinari, an historic marina area of Naples, lying in the shadow of the Castel dell’Ovo fortress. Castel dell’ Ovo stands on the islet of Megaride. According to one of the most fanciful Neapolitan legends, the name of this castle derives from the egg that the Latin poet Virgil apparently hid in a cage placed in the dungeons of the castle.

The PHC 22 Poster Trophy is the 2nd after PHC 19 at Lisbon, awarded to poster presentations. A four-member’s Jury will evaluate carefully all posters on display. During a ceremony in the Closing Session, the three first chosen posters will be handed over a certificate by Günter Lattermann, PHEA chairman, and the trophy amount (300.-, 200.-, 100.- €) by Elisa Storace, Kartell Museo.

The evaluation criteria are

The Italian company Kartell, famous around the world for having invented the culture of plastic furniture and interior fittings, was founded in 1949 by Giulio Castelli, a visionary chemical engineer. A fruitful collaboration with a large number of world-famous designers made it possible to create products like nothing ever seen before.

Kartell Museo was established in 1999 on the occasion of the company’s fiftieth anniversary by President Claudio Luti with the aim of conserving, promoting and enhancing the company’s material and intangible cultural heritage.

In 2000, the museum has obtained the Guggenheim Business and Culture Award for the best company museum. Its collections, always in progress, consist of more than 8,000 objects, 5,000 designs and 15,000 photographs that together recreate a precise picture of Kartell’s history and production, the plastic materials adopted, the production technologies and the communication and distribution strategies used over the course of the company’s 65 years of activity.

Kartell Museo is housed in the Kartell factory in Noviglio, at the gates of Milan, the company’s general headquarters since 1967. The building was designed by architects Anna Castelli Ferrieri and Ignazio Gardella, and is considered to be one of the most interesting examples of industrial architecture in Lombardy.

The permanent display of the museum covers more than 2,000 square metres. It includes the most interesting materials linked to the design history of the objects produced from the year beginning of the company until to date.

The exhibition is curated by Elisa Storace since 2009. In 2011 she became an adviser for the museum’s foundation. 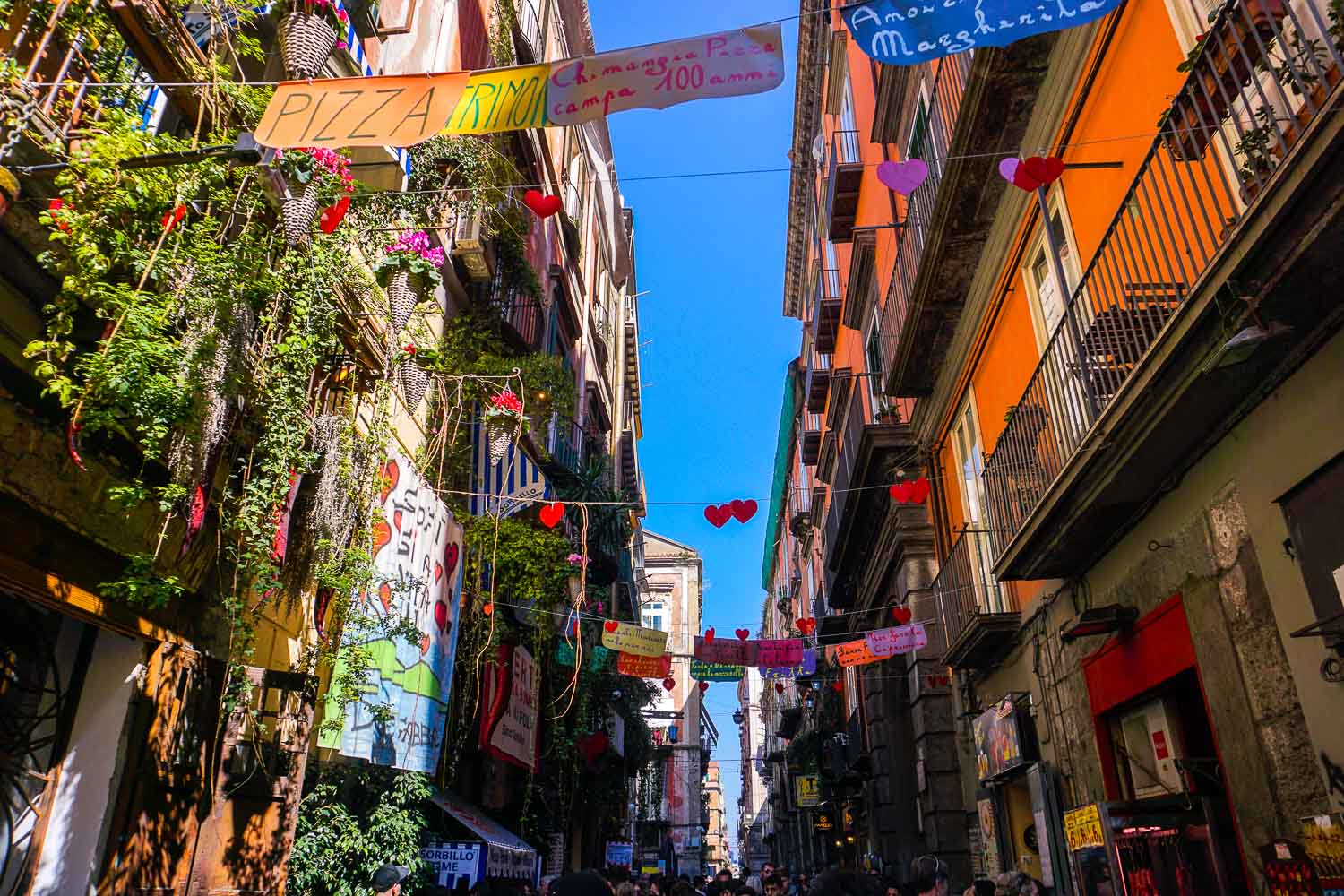 The Greek-Roman walls in Piazza Bellini, the decumanus major in via dei Tribunali, Piazza San Domenico, the “Spaccanapoli” lower decumanus, via San Gregorio Armeno and the ancient nativity maker’s workshops, piazza San Gaetano (the ancient agora), street art by Banksy, via Duomo and the cult of San Gennaro, Forcella and Castel Capuano.

End of tour Made in Cloister 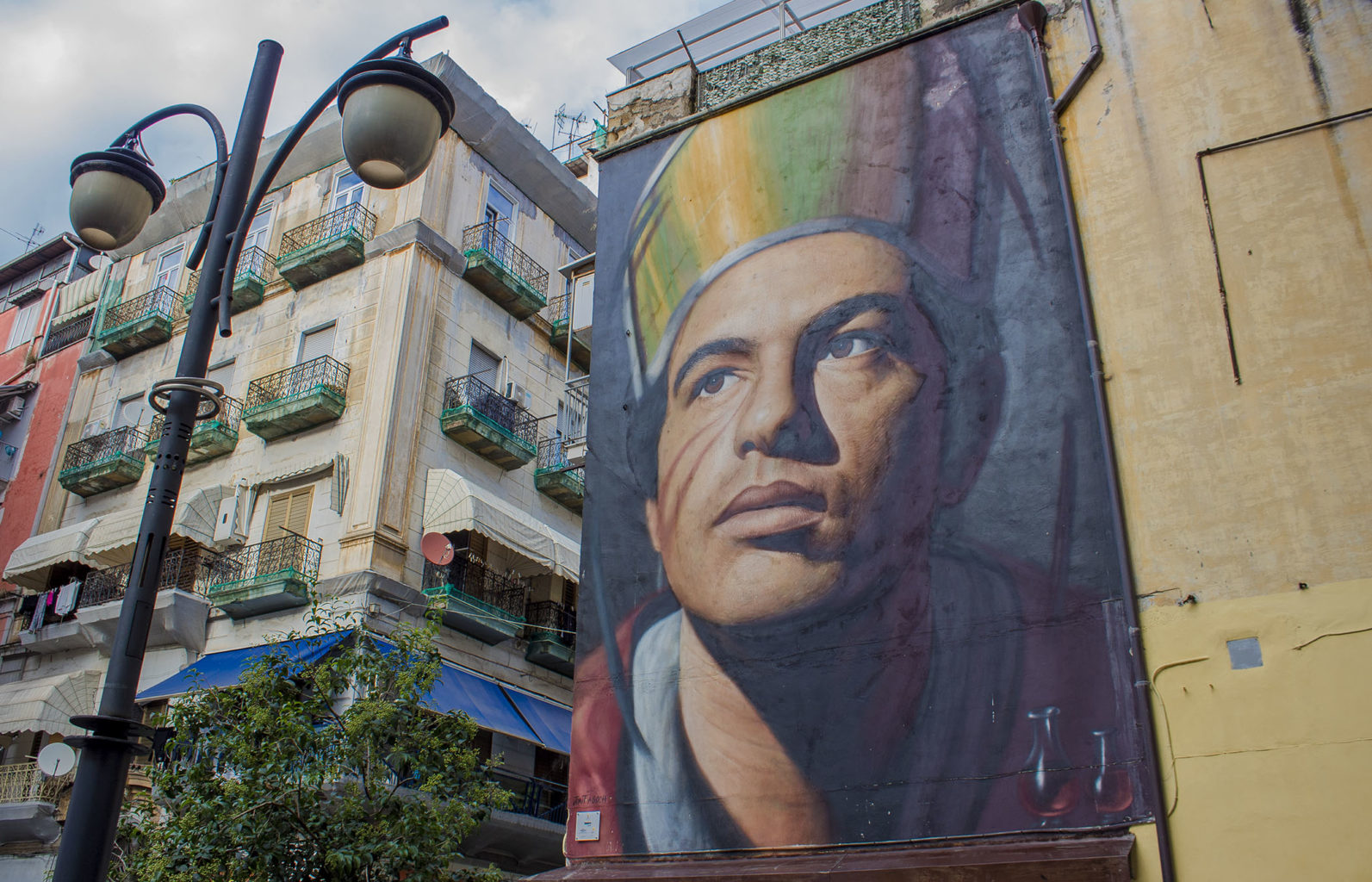 End of tour Made in cloister

7.30pm
Aperitif at Made in Cloister

Made in Cloister is located inside the small cloister of the Church of Santa Caterina in Formiello, whose large monumental complex is among the most important examples of Neapolitan Renaissance.
In the nineteenth century the complex was requisitioned by Ferdinando of Borbone who supported its transformation into a factory for the production of wool and military uniforms. From that moment on, the Cloister and the area, later called Lanificio, change their intended use, becoming a factory that can employ – at full capacity – over four hundred people, indicating itself among the virtuous examples within the “industrialization program” era.

In the central part of the small sixteenth-century cloister a wooden roof is built which still gives it another element of charm: a marvelous central wooden truss, of exceptional size and structure, a rare example of Borbone industrial archeology maintained practically intact.