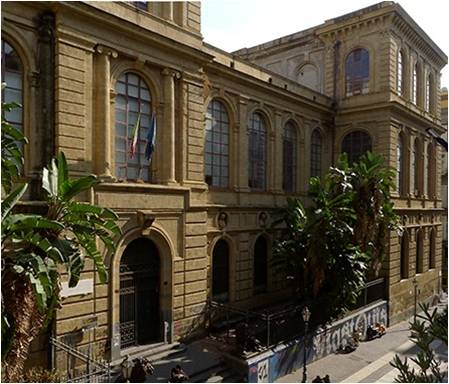 The Academy of Fine Arts of Naples is one of the oldest and most prestigious in Italy. It was founded by Charles of Bourbon in 1752, with the specific intent of “educating” young aspiring artists and, until a few decades ago, it was the only Academy in the southern peninsula of Italy. An aggregating hub and place to debate the arts, where entire generations of southern and Italian artists were formed, and where famous foreign masters and teachers worked, creating that European atmosphere that still characterises it today.

In addition to being privileged places of contemporary art, devoted to teaching, research and production of the arts at a university level, the Italian Fine Art Academies are often themselves complex cultural assets and constitute an excellence of the country, a training model of particular charm and appeal for artists, designers and restorers in training from all over the world. Within these Academies, you will find areas dedicated to painting and plaster cast collections, libraries, historical archives, cabinets containing prints and drawings, collections of sculptures, engraved plates, ancient photos or collections of contemporary art

Since the mid-19th century, the Academy of Naples can be found in its current and magnificent location, the former convent of San Giovanni delle Monache, which was restored and specifically adapted for its new use by Enrico Alvino. Since its inception, and subsequently throughout the course of the 19th century, the Academy of Fine Arts of Naples has amassed its own collection through purchases and donations. The Galleria Regionale di Arte Moderna (Regional Gallery of Modern Art) was established with the aid of the Royal Decree of 1895 and the commitment of artists with vision such as Palizzi and Morelli, who believed in the importance of a museum for the teaching of arts. The collection consists of almost a thousand works of art of which almost five hundred are paintings, over two hundred are drawings and around seventy are sculptures.

The Plaster Cast Gallery, located in renovated rooms, was inaugurated in 2007, and 2009 saw the opening of the historic “Anna Caputi” Library, which contains about twenty thousand books, some of which quite ancient and rare. In 2010 it was the turn of the “Antonio Niccolini” Theater, brought up to code and redesigned by Massimo Alvisi, and the Aula Magna, which was used as a new location for the 19th century casts of the frieze and metopes of the Parthenon after their restoration. Lastly, the renovation completion of the precious Historical Archive, which houses precious documents regarding our artistic history from the 18th century onwards.

The Academy of Naple’s Restoration School, revived back in 2000 with the prior 1st and 2nd level (3+2) five-year experimental course in “Conservation and restoration of modern and contemporary art work”, is organised on the in-depth study of the interdisciplinary characteristics of the disciplines and is based on a training concept that aims at overcoming the contradictions between a purely theoretical approach and one that is, on the other hand, mostly practical.

The training is achieved through intense laboratory activity and the study of:

The Restauration School has carried out noteworthy restorations and off-campus training sites, first among all the maintenance and restoration interventions executed by the students, under the guidance of a specialised staff of teachers, in the school’s off-campus training site of the art stations of the n° 1 metro line in Naples, thanks to an innovative agreement with MN and Metronapoli for the safeguarding of around 200 highly renowned public art works.